Michael Burges, or about the objectivity of the subjective

"The seasons are for painters. Watercolors in the sky, reflected in water. Clayey, chalky, earthy, watery, oily, glowing, and flowing colors, all on a small board, a thin piece of fabric. ...The painter of the seasons doesn't feel, smell, or hear anything when looking. He is all eyes, then. He paints them all from memory, also the most fleeting ones, which only last a minute."

Enzensberger's poem is about a painter's confrontation with nature. The texts on Michael Burges' oeuvre mostly don't relate to nature in a poetical sense, rather to the laws and structures of nature, which rule botany, geology and more and more physics, especially in the many impressive texts by Gerhard Charles Rump, an art theorist and art critic. In the Dusseldorf studio of the artist one gets a sense of the order and the clarity of this way of looking at things in the paintings, which are, on their part, perfectly organized like in only very few artists' studios. The beholder recognizes a system of production and storage. At the same time the pictures give joy to his eyes. The images are arranged in series and remind us of nature from their part, of likenesses and patterns combining experiences with something seen unknowingly. 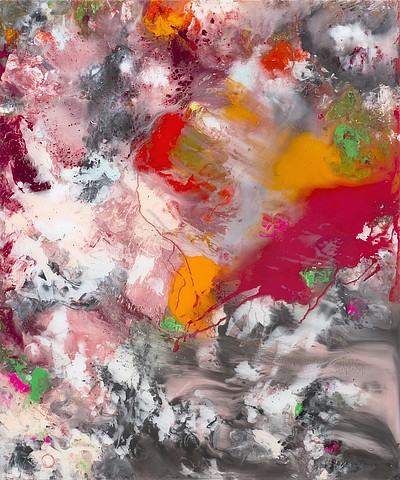